Home > Condo or Apartment?: How they are Different

Is there a difference between a condominium and an apartment?

For the most part there really is not a difference between a condo and an apartment. 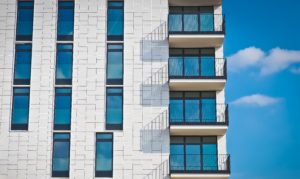 The only significant difference between the two lies within management. Structurally, condos and apartments can have nearly identical features. However, apartment units are part of a larger building that is owned by an individual or corporation while condos on the other hand are owned by individuals and then further managed by a homeowner association usually operating with a property-management company. Therefore, the landlord of a condo is the owner of a single unit while the landlord of an apartment is usually the owner of all of the units.

Which is better to rent?

Rent can vary sometimes from condos to apartments; however, a condo and an apartment of similar merit will most likely also have similar rent. Often times a notable difference in what a condo offers versus an apartment offers is that condos predominantly have better features. This is typically because the owner of a condo unit has an incentive to keep their individual property up to date as opposed to the owner of an apartment building which has less incentive to modernize all units. Sometimes the owner of a condo has previously lived there and personal touches like the color of the paint on the walls’ or the type of flooring could be different that the other units in the building. Also, condos have HOA fees that are typically included in monthly rent. Condos may also have more fees upfront when moving in that go directly to the property management company. Apartments usually only require a security deposit and the first month’s rent when an individual decides to move in. All in all, the initial expenses are not a far cry from one another but, there are a few minute differences in expenses. 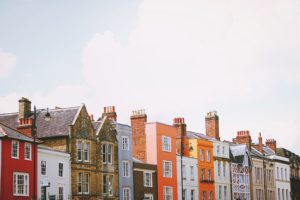 At the end of the day the decision comes down to what sort of situation is best for the renter’s needs. Often times the amenities of an apartment are direct and plentiful, while a condo could have more limitations because the landlord must choose what to provide the renter with. More often than not there are condos with a landlord and HOA that can offer extensive amenities, similar to a large apartment complex. Ultimately, the most notable factor between the two is ownership- if you’re a renter looking for a space with an owner that is deeply invested in the property, then a condo may be the route for you. Conversely, if you’re not concerned with ownership and would prefer a larger entity to run the show, then an apartment is probably a better choice for you.