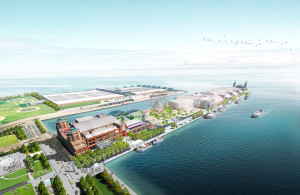 As the summer comes to a close, it is important to relish the time that we have left with this warm and sunny weather before the 9 month drought. And while most Chicagoans try to stay away from the tourist infested traffic jam that is Navy Pier, it still remains fundamental to the city of Chicago.

Navy Pier is bar none the most important tourist location in the state of Illinois with an estimated 9 million people visiting during the year 2015. And when it was announced in 2013 that the money making machine (averaging $40-45 million a year) was getting a $278 million makeover many were excited for the dinosaur to finally acquire a new contemporary look.

Labeled the Centennial Vision, Navy Pier’s 100th anniversary in the year 2016 marks the scheduled completion of the first of two phases of the project which is slowly but surely chugging along. With only the

completion of the Chicago Children’s Museum and Centennial Wheel as well as the new Family Pavilion construction delayed until the fall it can already be determined that the the Centennial Vision will be an arduous project many years from completion.

Navy Pier Inc. hopes that debuts such as the new Centennial Wheel over Memorial Day Weekend and the Outdoor Summer Ice Rink in June were enough to whet the appetite of visitors with promises that the best is yet to come. And the promised improvements to Navy Pier truly do have the potential to make the national destination into a world-class one.

The numerous state-of-the-art additions promised include a new 4,000 square foot Family Pavilion and Cafe contemporarily planned to sit under a berm which is set to begin construction during fall 2016 ,

Polk Bros. Park which will include a new Concert Lawn comparable to Millennium Park, an interactive fountain at Navy Pier’s entrance, Lake Mirror drawing inspiration from Chicago’s infamous Crown Fountain and perhaps the most innovative project, the Lake Overlook, an elevated walkway rising from the end of the pier over Lake Michigan. 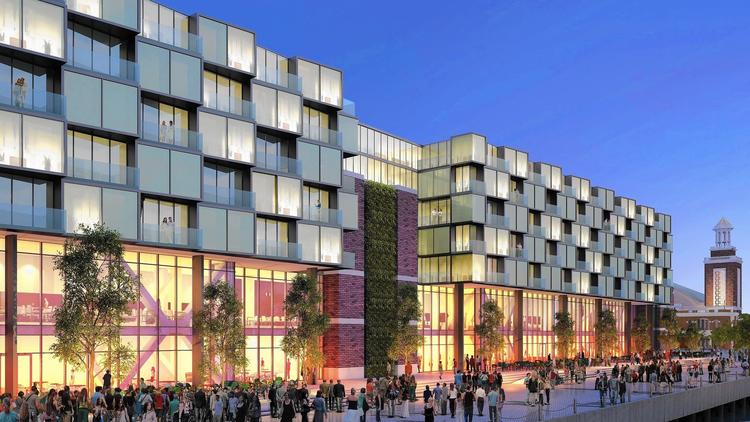 A Navy Pier Boutique Hotel is also planned for the Southern dock and though a hotel franchise remains undetermined, the development of the project will be managed by Chicago based First Hospitality Group. Supplementary improvements include an improved entertainment district with additional bars and restaurants, new rooftop bar, upgrade to the IMAX theater and Crystal Garden as well as added rentable boat slips along the northern dock. 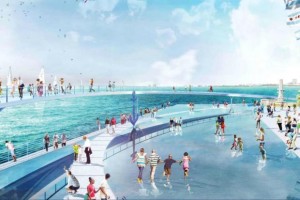 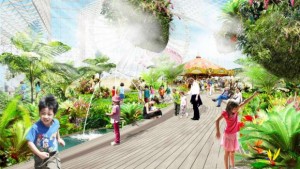 With these very exciting improvements that mix contemporary design and function set to revive the 100 year old staple, Navy Pier is set to make a much greater impact than it already has to the Chicago economy as well as real estate. With renovations planned also for Chicago’s McCormick 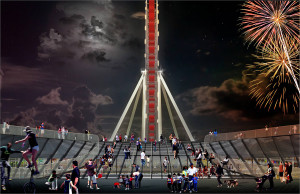 Place, these two projects combined are estimated to create 10,000 construction jobs as well as 3,700
new permanent jobs in Chicago and bring a much needed improvement to Chicago tourism in addition to re-attracting local residents to these classic landmarks.