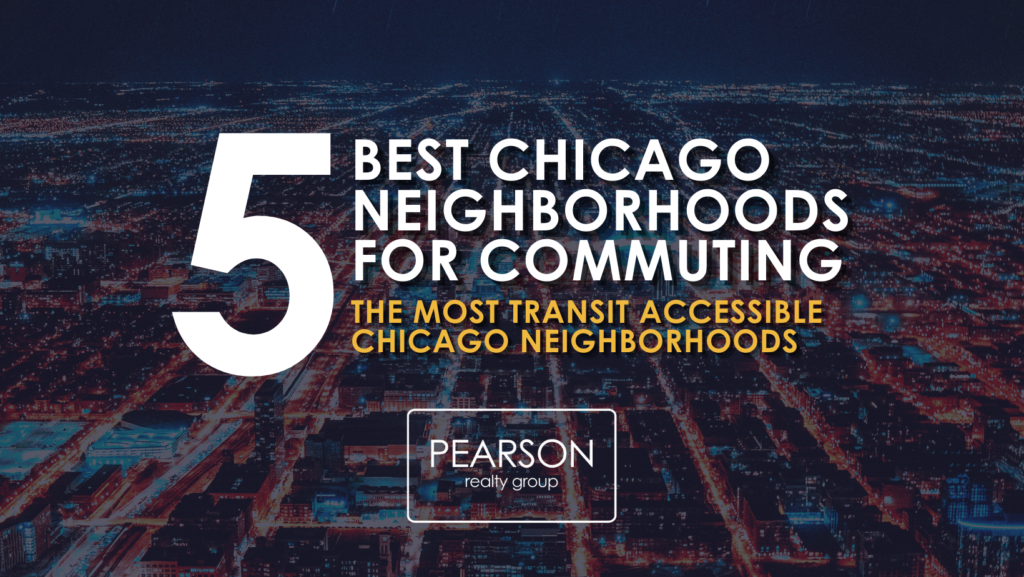 It doesn’t matter if you take one of the city’s many trains, the bus, Uber/Lyft, or drive yourself – commuting times & public transport accessibility are some of the most important factors in purchasing a home in Chicago. So we decided to take a deeper look at the top 5 Best Chicago Neighborhoods For Commuting, both in and out of the city.

How We Determined The 5 Best Chicago Neighborhoods For Commuting 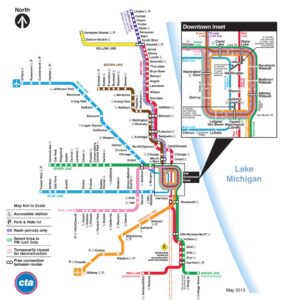 Due to the nature of infrastructure, many areas & neighborhoods with the best commuting options are essentially set in stone. But the Chicago landscape is constantly evolving with MORE transportation options, giving some smaller neighborhoods more options to work with, the city is always growing!

So to determine the 5 Best Chicago Neighborhoods For Commuting we looked at access & distance to highways, L stations, Metra stations, and their relevant maps & schedules. In addition to those we also looked into future construction projects that are either starting or finishing in the next year. Comparing all of these factors we were able to narrow our list down to the top 5 Best Chicago Neighborhoods For Commuting.

The great thing about Chicago is its focus on public transportation and cars compared to some other larger US metropolitan areas. The grid-style street system and abundance of train stations (both L and Metra) make general navigation throughout the city much easier for those with and without their own vehicles.

The 5 Best Chicago Neighborhoods For Commuting

There’s no denying that the city’s most accessible areas are around the Loop and there are two giant reasons for that. The I-90/290 Expressway Interchange and Ogilvie Transportation Center allow for easy access to essentially anywhere in the city of Chicago and many of the surrounding suburbs. If we need to get to the North or Southside quickly you have Lake Shore Drive just on the other side of Gran Park. Essentially giving you direct access to everywhere in the city.

The L lines meet in the Loop as well, for its namesake, in a giant “loop” around downtown. This is not only extremely beneficial to the 38,000+ residents of this single zip code but is essential for Chicago’s summer and especially winter tourism. Think of the loop as Chicago’s main hub, it’s where all public transportation, highways, and major roads eventually meet together. We can’t forget bike commuters either, with the most mileage of protected bike lanes in the city, the Loop is ideal for cyclists.

Right next door to the Loop, the South Loop provides very similar transportation options, with actually some more access to the expressways. Not only do you have access to essentially the same expressways and train lines (just a little more south) but residents of the area also have easy access to I-55. This is a popular route for those southbound commuters going down to areas like Burbank/Bridgeview area as well as a direct route to Midway Airport.

You also have easy access to the Red and Green L lines which once again, give you great access to other parts of the city. Commuters can take the Red Line all the way from the deep south side until you hit Roger’s Park at the farthest north point of Chicago. From there many workers’ daily commute takes them to a 2nd train as they take the Metra through Evanston to navigate the northern suburbs.

Over the years it’s hard to ignore the huge popularity of Lincoln Park as both a residential, retail & shopping and entertainment neighborhood. Home to the Cubs alone lets you know that ease of access in this area is absolutely necessary. In addition to this, the area features Lincoln Park Zoo, Graceland Cemetery, North Avenue Beach, and tons of other attraction locations constantly bringing in visitors from the suburbs and beyond.

Lincoln Park is sandwiched between I-90 and Lake Shore Drive giving commuters with vehicles the two biggest Northbound/Southbound routes that feed into the interchanges just down the road. While this is nice, the amount of public transportation in the area tops this every day. Essentially being an “in-between” for many parts of the city and itself being a destination, over the years an abundance of bus stops, train stations, and bike lanes have been implemented to deal with all the traffic.

Once a warehouse district with few attractions, Fulton Market has turned into a modern corporate hipster entertainment hub. Music venues, coffee shops, and unique bars have populated the once desolated neighborhood. Because of this large shift in demographics, good transportation options are a necessity, so the close proximity to the I-90/290 interchange is key for the area.

You’re never more than a 10-minute walk from all forms of public transportation and access to the interchange is close by with I-90 running North/South through the neighborhood. The recent renovations and ease of transportation access make this a very attractive neighborhood for younger crowds as the Fulton Market area grows.

Once an industrial-focused section of town, over the past decade, Goose Island has taken on some massive redevelopments with more to come. Gentrification has certainly hit the neighborhood with Whole Foods, Target, multiple retail shopping centers, and even a dispensary. Not to mention Chicago’s powerhouse brewery, Goose Island Brewing, rallies the younger city crowd.

One of the reasons this change is so popular is the neighborhood’s access to transportation. Easy access to North Ave and I-90 as well as the Green, Yellow, and Red lines give workers a multitude of options for their commute. Even with the unique layout of the area, W Division and N Halstead cut through the neighborhood to add another layer of ease of access to a once non-commuter-friendly area.

While we highlighted neighborhoods closer to the heart of the city doesn’t mean the rest of the city isn’t public transportation/commuter-friendly. As mentioned before the grid style system in Chicago streets means that navigation is relatively easier than in other similarly size metropolitan areas. Since the majority of neighborhoods have an L or Metra line (or both) public transportation is less of an issue the farther you get from the center of the city than you would find in most places.

Neighborhoods on the north side like Edgewater, Roger’s Park, and Andersonville have Ashland, Clark, and Sheridan running North/South along with the redline giving great city access while still being farther away from the hustle of busier neighborhoods. Even neighborhoods like Sauganash and Elmwood Park that are on the borders of the outside of the city have multiple main commuting routes and a multitude of public transit options.

Search For: The 5 Best Chicago Neighborhoods For Commuting

If you are planning a move to one of the neighborhoods above or the Chicago area then you need to check out our property search tool. Search all available properties on the market with our property search – filter, map or list view, high def photos, and detailed property information guide your search so you spend less time browsing and get right to your potential dream homes! 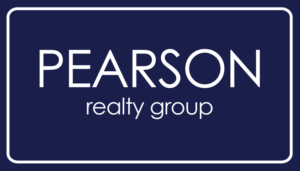