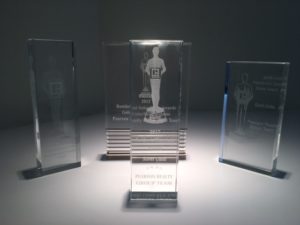 Numbers have been crunched and data analyzed; results have been announced for the 2017 Sales Awards for Top Producers, hosted by the Chicago Association of Realtors, and Pearson Realty Group was there! Each year, hundreds of Real Estate Brokers gather for the annual Sales Awards to recognize the cooperation within the real estate industry and honor the Top Producers in seven different categories: Individual Volume Sold, Individual Units Sold, Team Volume Sold, Team Units Sold, Rental, Neighborhood Top Producers, and Rookies of the Year.

The Pearson Realty Group team, led by Kirby Pearson Parker Pearson and Austin Pearson, was first mentioned as a Top Producer in 2010, the year the company was founded. The team has won an award every year since then:

We are so proud of all the hard work that all of our Real Estate Brokers have put in. We are looking forward to an even greater 2018!